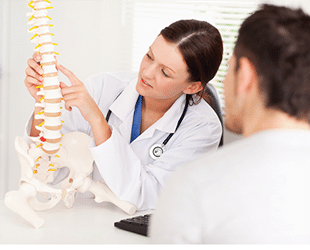 The study article starts off by noting that the average 9 month old should be sleeping approximately 14 hours per day. In this case study a 9 month old infant girl was presented for chiropractic care with a history of severely disrupted sleep and fussiness. Additionally, the infant was refusing to breast feed on one side and exhibited, what was called a generally unsettled behavior. It was also note that the child would not turn her head to left. These problems had been occurring since birth.

The examination confirmed a reduced range of neck motion to the left and significant muscle tension in the left and upper neck. Upon touching the neck the child exhibited signs of being in pain by crying and moving away. It was determined that subluxations were present, and an appropriate course of adjustments was initiated.

The results in the case were very impressive. The study noted that on the afternoon after the infants first adjustment the baby girl fell asleep for 5 hours. This was followed by a nighttime sleep of 2 period of 6 hours each. Over the next three weeks of care the daytime sleep got shorter, but the nighttime sleep remained 6 and 8 hours

In addition to the dramatic sleep improvement, the child also improved her range of neck motion and was able to turn her head to the left in response to sound on the left side. Additionally the infant began to feed freely and comfortably.

In their conclusion, the authors of the case study noted that the dramatic improvements after just one adjustment indicated that the vertebral subluxation found in this case was at least in part responsible for the disrupted sleep pattern.