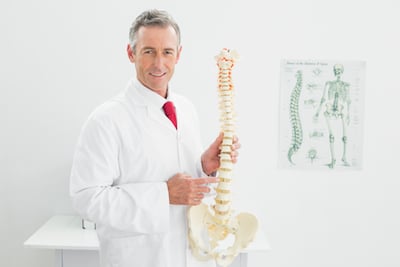 Many factors affect the body’s ability to maintain optimal balance. Nutrition, posture, exercise, stress, fatigue are important, but so is the health of your spine.

Chiropractic adjustments have been shown to boost the coordinated responses of the nervous system and immune system by enabling optimal nerve signals throughout the body.

Logically, this means that misalignments create conditions that lead to reduced immune function and increased susceptibility to a variety of diseases.

A significant amount of evidenced based research suggests that chiropractic adjustments may lead to a boost in antibodies that are linked to the immune response. Additionally, spinal manipulation may enable the increase of the creation of tiny cells called leukocytes which support the white blood cells in fighting off a threat.

One study, from the National College of Chiropractic in Lombard, Illinois, found that disease-fighting white blood cell counts were higher just 15 minutes after chiropractic manipulation was applied.

A similar study investigated the immune system response in HIV-positive patients under chiropractic care. After six months of treating spinal misalignment, the group receiving the chiropractic treatment showed a 48 percent increase in white blood cell counts. Conversely, the group that did not receive chiropractic manipulation experienced a 7.96 percent decrease in immunity cells.

For the same reason Inflammatory based disease is influenced by both the nervous, endocrine, and immune systems. Nerve stimulation directly affects the growth and function of inflammatory cells. Researchers found that dysfunction in this pathway results in the development of various inflammatory syndromes such as rheumatoid arthritis and behavioral syndromes such as depression.

Wellness based chiropractors, like my colleagues and I, analyze the spine for subluxations and give corrective adjustments to reduce the stress on the nervous system.

These immunological changes show us why chiropractic does more than decrease pain and improve mobility, it is essential to overall wellness.